If you are walking around the Netherlands, it is not super rare to notice a bicycle bell stuck in the asphalt or jammed into a paver.

Nobody knows how they got there but it is reasonable to assume they fell off a bike and then got fixed into the road surface by passing cars.

Fietsbellen.com has been posting photos (see illustration) between what appears to be 2005 and 2013. I do not know who is behind the site.

In 2016 Henry Cutler blogged about a ‘Diswasher’ Pete Jordan project of documenting these fallen bells, and discussed the process of photographing them.

In 2020 artist Pim van Halem actually displayed his photos of bike bells as part of an exhibit called Van de Straat in Schiedam.

Also, in 2017 bloggers Daisy and Patrick published a post called 7 Secrets Even The Dutch Don’t Know About Utrecht in which they discussed the hidden bicycle bells of the road and six other secrets.

Almost 5 months after coronavirus COVID-19 was confirmed to be human-transmittable, a pattern begins to show which countries have been paying attention and which haven’t.

Countries in Western Europe such as Germany, France, Spain and Italy were initially caught unawares, but have been able to stem the spread.

Meanwhile the governments of countries such as the United States of America, Brazil, Russia and India, and to a lesser extent the United Kingdom, have shown little intention to stop the deadliest disease since the 1918 American Flu. 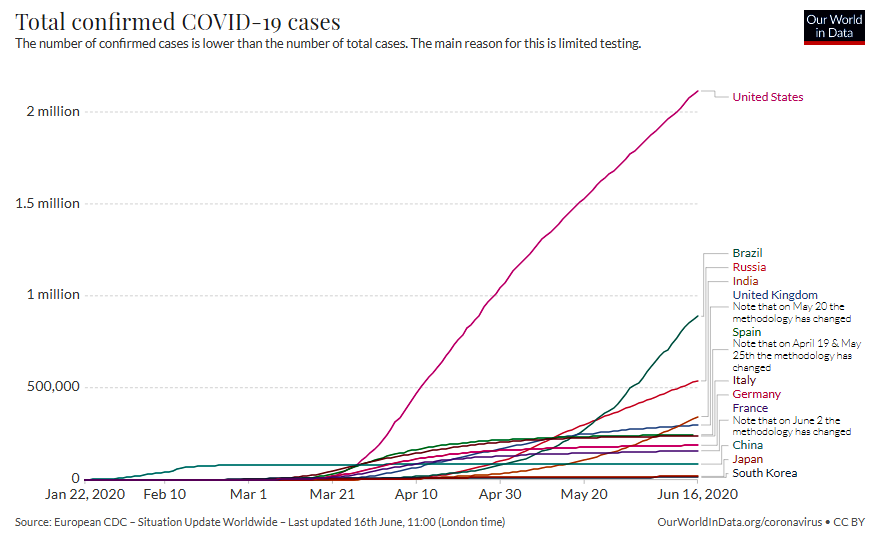 Conservative US president Donald Trump, known by his most ardent followers as a straight-talker, suggested not too long ago that his citizens inject themselves with bleach – an approach Beezels.net would like to stress you do not follow!

Conservative Brazilian president Bolsonaro encouraged his citizens earlier this month to storm the COVID-19-stricken hospitals of his country. 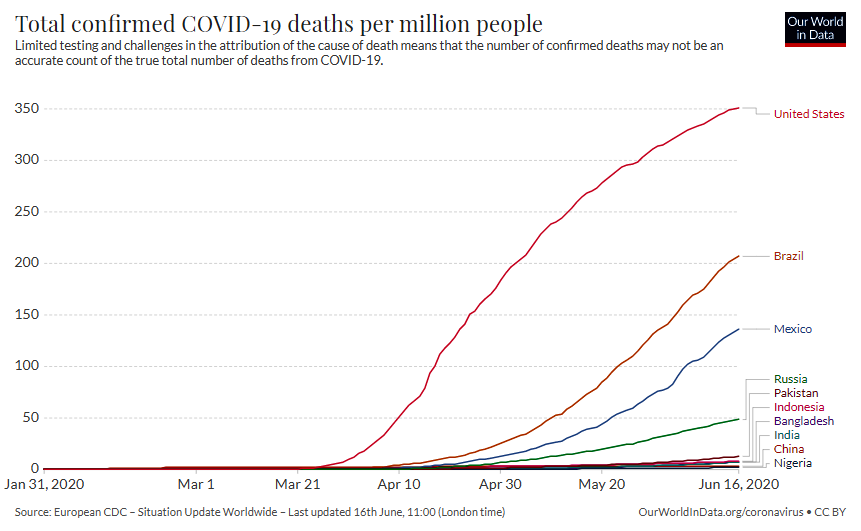 Russia has been faring slightly better than the USA, the world’s worst stricken country, a fact that right-wing Russian president Vladimir Putin has been ghoulishly gloating about. Russia is however doing considerably worse than most of the rest of the world.

Observers have been wondering about the low mortality amongst the Russians, something that may however be explained by the fact that Russia does not have a lot of old men, the group most vulnerable to the current strain of the virus. A virus cannot kill those that are already dead.

In the late 1990s, around the same time Putin came to power, the average life expectancy of Russian males plummeted to below 60 in what has since become known as the Demographic Crisis of Russia. Although the Russian life expectancy has recovered a little since then, it is still well below that of modern, democratic countries.

Of the ten most populous countries, the US, Brazil and Russia have suffered the most deaths per million citizens.